Published 27.05.2021 by Favo
The text on this page is no longer updated.
You find updated information here. 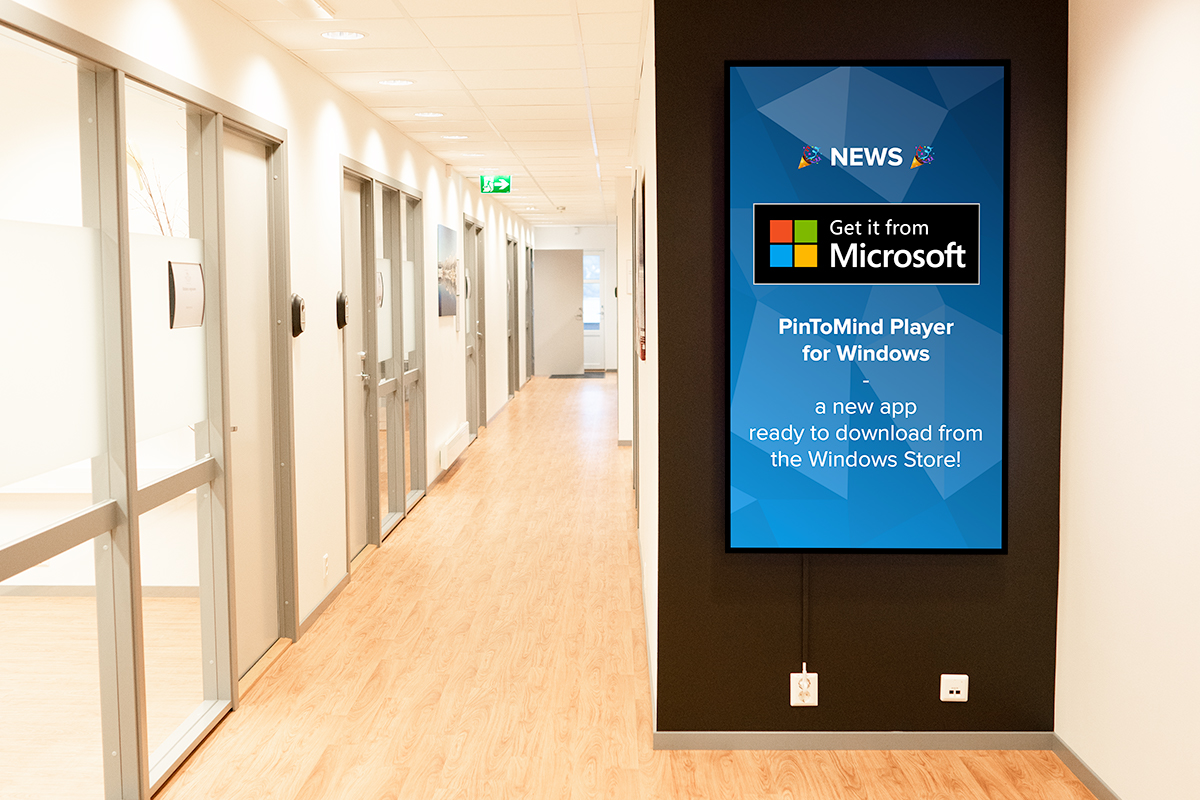 We wanted to make it even easier for those using Windows to display PinToMind, and have developed our own PinToMind Player app for Windows. It has now been launched and can be downloaded from the Windows Store to your device 🥳

From script to app

It has always been possible to display PinToMind on Windows, and this is where it all began. The full-screen Chrome browser was all you needed. This has been the case for over 10 years and along the way we also developed our own script for autostart and full screen display, which many still use today.

The PinToMind Player app for Windows will replace this. We are thrilled to tell you this, because we know that this app will make it even easier for using Windows to display PinToMind 🙌

Video support is delayed, but it is coming!

The technology we use to display Video requires the use of Chromium, the most widely used standard for browsers today. In January 2020, Windows launched its new Edge browser built on Chromium, while apps in the Windows Store will not access this standard until the end of 2021. In practice, this means that devices using the Windows Player app will not support video until this is in place. However, we are ready, and will of course update our app as soon as Windows opens for this, something that has been announced will happen in the final half of 2021.

Contact us if you have any questions. We are ready to help you get the most out of using PinToMind 😊