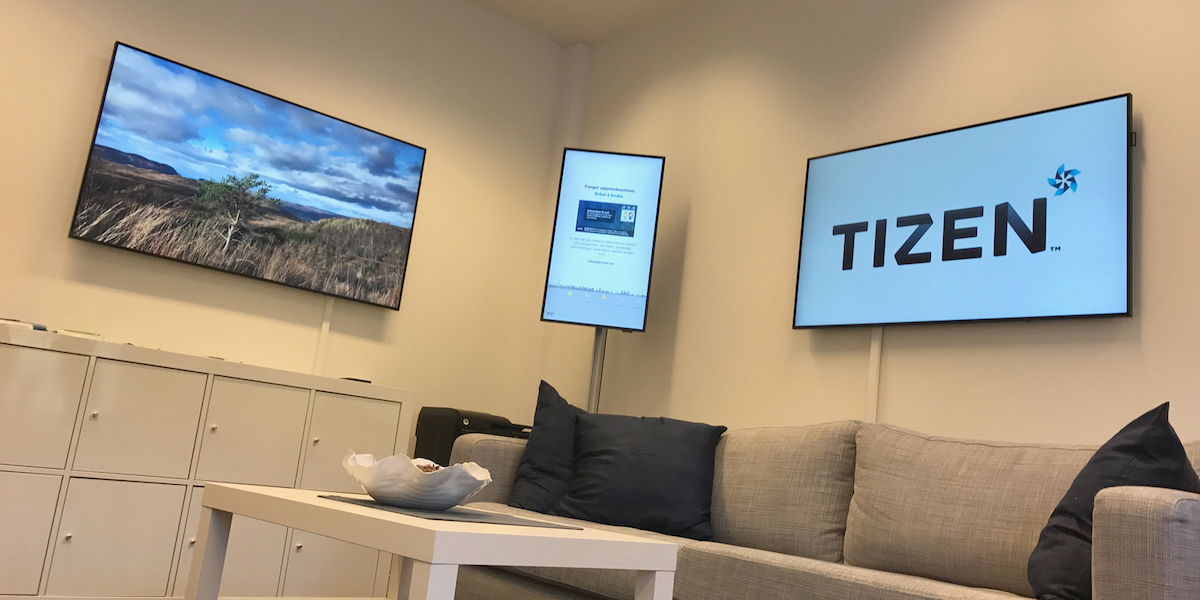 Samsung is ahout to roll out the next generation of public screens. These use the operating system Tizen, which gives more power and is more user friendly. We have tested the screens and customized our solution to fit them.

Tizen - with an own app for PinToMind 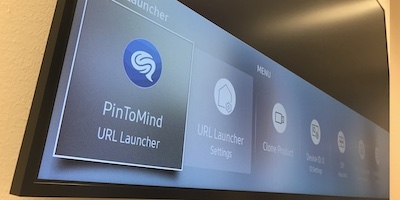 Tizen is a Linux-version which is used by Samsung in phones, tablets, watches, smart-TVs - and now also in ublic screens.

On earlier models, we have used a URL Launcher to display the screen-address directly, but that is different on this one. Now the URL-launcher is used to install an own Tizen-app for PinToMind. Here you can read more about how to install our system on Samsung-screens with Tizen SSSP4.

The screens look like earlier models, but are a bit thinner and a bit more slender than their predecessors - and they have a more matte screen surface to reduce reflections. Compared to earlier Samsung-screens with built-in players, the new screens have more power. There are still limitations with video-display, but it works better than before.

In addition, Samsung launches a Tizen set-back-box (SBB), a customized little computer which can be fastened to the back of screens which need an upgrade, or do not have a built-in player. Earlier the set-back-boxes have used Windows, and many of our customers have Windows XP-bokses which are ready for replacement. We are looking forward to test the new Tizen set-back-box, and hope this can be a good solution for customers with XP-bokses!